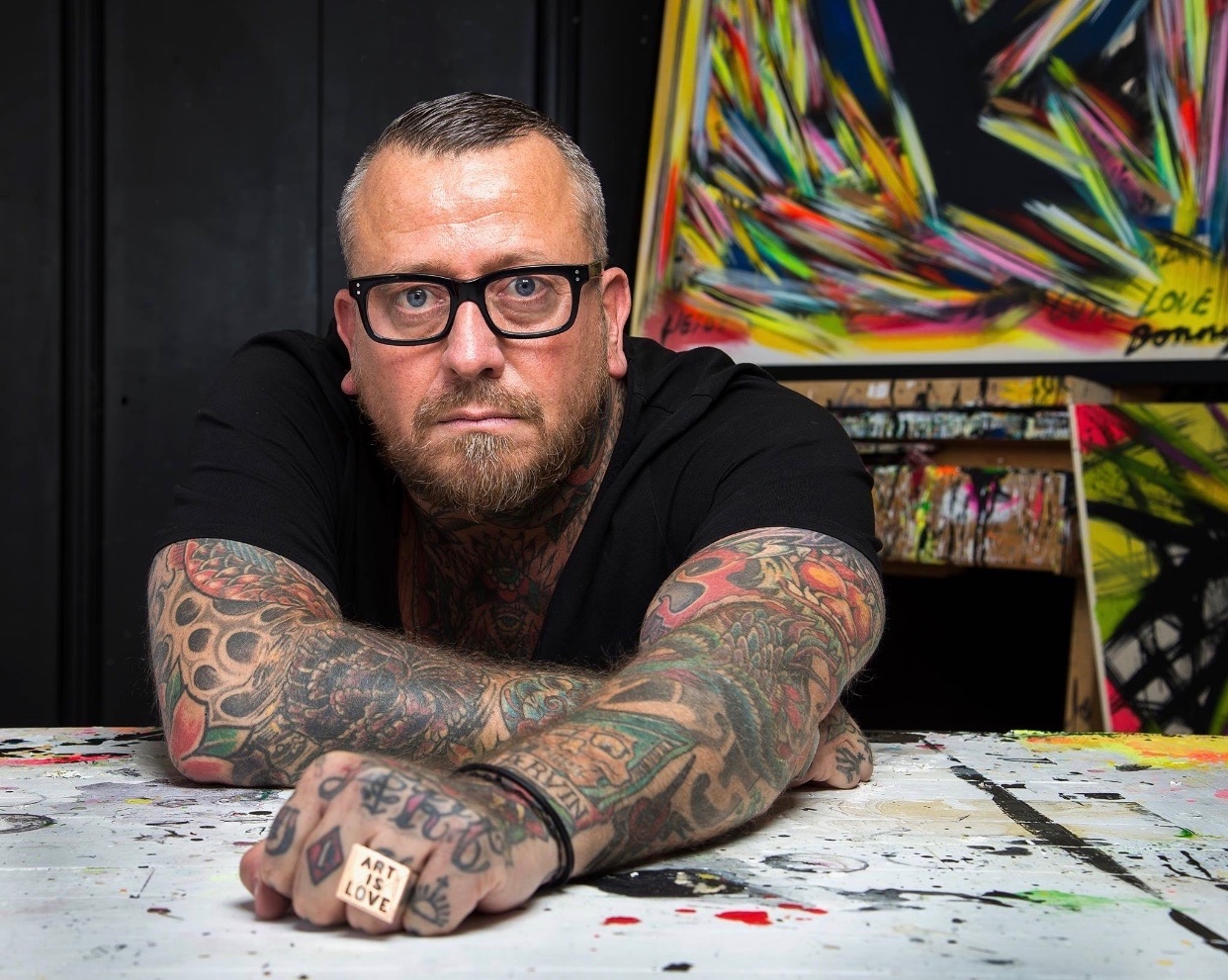 Bonny Dijkstra was born in Leeuwarden in 1970. He has always been a rebel since shrugging away the opinions of the hockeyclub by getting his first tattoo at a young age. His curious nature has lead him to explore a lot of the world and art has always inspired him.

Bonny started out as a highly qualified welder and bodyguard for business executives and (performing) artists. He was able to sustain a more than adequate salary as welder for large national and international companies. Financially everything was stable, but in his private life Bonny went through tough times. Within a space of 14 years Bonny lost 18 of his closest friends due to illness and fatal accidents and when his father died, after 9 years of fighting illness, Bonny broke completely.

Bonny decided to escape to Ibiza for a long period. His plan was to spend his time partying and to forget his grief, but that was all going to change. The day before he left he ran into Pablo. A puppy, only a few weeks old. Bonny fell instantly in love and decided to take Pablo with him on his journey.  Of course, because Pablo came so unexpectedly into Bonny’s life, nothing came of the plans to go out partying. His journey went in a whole new direction and meaning, especially when Bonny met an artist who took him to his house in the mountains. That’s where Bonny got the chance to paint and that turned out to be a godsend. Bonny had found his passion en could finally set his mind to rest.

When he arrived back in the Netherlands, Bonny couldn’t pick up his old life where he left off. The trip to Ibiza had changed him comprehensively. He quit his job and put all of his energy into making art. Since day 1 he has been completely independant, his works are abstract, modern and expressive.